This years Paddy's day, the first I've not had to work since moving to London, was not a day of rest, or a day of heavy drinking, but was instead, a day of baby minding and heavy gardening.

The cat has become a pest.  My own cat and her fancy cat boyfriend.  They've been using my garden as a toilet and in doing so, tearing up the soil and scattering it all over the place.  Enough was enough.  I took action and the pictures below say it all.

To celebrate St. Patrick's day,  I choose one of my favourite robustos, a Ramon Allones Specially Selected.  I've decided though that the next RASS will be left alone to age.  This one could have done with a few months or even a year in the humidor.

Anyway, the lovely wife got a load of Irish goodies delivered on Wednesday, most of which made their way into her office, but I still had Club orange, Nash' Red lemonade, bags of Taytos, Figrolls and Kimberlys biscuits (Plain and Choclate) to help me celebrate Paddy's day.

That evening, after dropping one of the brothers-in-law to Kings Cross, late, because I took the wrong route, (sorry about that) I got back to the house and enjoyed a couple of chilled bottles of St. Peters best bitter with the cigar.  A fine brew enjoyed while surveying my handiwork in the garden. FECK OFF CATS

It's been a busy week.  The boy has been sick and I slept for maybe 5 hours over Tuesday and Wednesday.  I thought I might get a bit of rest yesterday morning but the neighbour was having a tree down.  That means chainsaws and wood chippers.  At least they waited until near 10 before starting and the baby somehow managed to sleep through it. 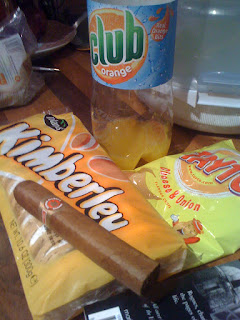 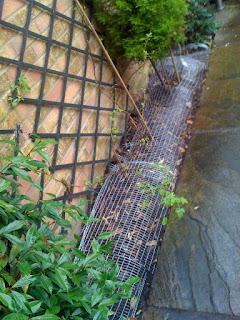 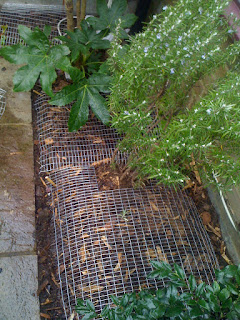 Posted by asdfasdfasdf at 04:22