We were winding up our week in Galway and getting ready to head back to Dublin, but before we hit the road, we dropped into town to visit McCambridges.  McCambridges is a nice shop selling select goods, foods, wines etc and who also stock a small humidor.  As far as I know, its the only shop humidor in Galway which is a bit rubbish to be fair, so well done McCambridges.

Dublin appears to be the main place for cigars and I think McCambridges get their supply from one or two of the shops there.  They're also around 20% more expensive than Dublin.  This being the case, I selected something I hadn't seen in Dublin and went for an Arturo Fuente tubed Churchill.  It was mainly the tube that attracted me, which was beautifully ornate.  It certainly wasn't the price that attracted me, at €22 a stick.  I decided to go for it as it wasn't overly exorbitant.  At the till, the nice young man who was serving me said  "Oh sorry sir, my mistake, its actually €26...is eh, that OK?"  I shrugged, I tut-tutted, I paid the man.


We had a great time in Galway, saw the sites, drank some Guinness and played lots of golf.  I met up with my cousin Declan who took me out to play Gort Golf Club.  A wild windy day and he was a bit knackered after working a night shift but I enjoyed the day out and hope to get out again with him, on a less breezy day if possible.

One of the brothers-in-law, Cillian (pronouced Killian), plays off a 9 handicap, so it goes without saying that he's pretty handy around a golf course.  Apart from knocking in an eagle on one Par 5 we played, he also insisted I take a golf bag of his back to London to replace my old pencil bag.  A fine bag with lots of pockets.  Too many pockets perhaps...

After the first day out on the golf course, we got back to the house and I couldn't find my phone.  My nice new HTC HD7 Windows phone with all my photos of the trip.  I checked everywhere, the golf bag, the car, the house, the car, the golf bag...no sign...I borrowed another phone and called my number...no answer...I went to the car and called...nothing...I went to the golf bag and called...still nothing...I pictured my poor phone all alone on a golf course and remembered I left it on silent as this would be proper etiquette for golf.  Never again will I make that mistake.

So the phone was nowhere to be found.  Cillian suggested we head back to the golf club, get a buggy and drive around looking for it.  And that's exactly what we did.  We checked at the clubhouse, informing all and sundry that a phone had been lost on the course, then we set off.  We started at the 10th hole and checked all the way back to the 18th, asking everybody en route, and ringing several times.  No joy.

As we came back up to the clubhouse, things were looking bleak.  Darkness was closing in as were some nasty looking clouds.  I felt all was lost for my poor phone, helpless and alone out there.

I suggested we take a quick look in the car again before heading over to the first hole.  I lifted the golf bag out of the car and handed it to the Cillian to check.  I took to the car.  Nothing found in the car so I turned to the Cillian who said "No sorry, I think your phone's had it..." I was crestfallen, as he handed me back my phone.  Yes, you guessed it, it was in the bag the whole time.

Thank God for my idea to go back to check the car.  I owe myself big time there.

I owe Cillian for finding the phone, for the golfbag and for not calling the local newspapers and radio stations with the story of the century.  I'd also like to thank the Cillian, my cousin and the Father-in-law for paying my green fees each time we went out.  A more generous bunch of people you would not find anywhere.

Another little nugget before I move on from Galway and never let it be said that my blogs are not educational, if nothing else.

The picture below is of a window where it is said, the word "Lynching" originated.  The story goes that a 15th century Mayor called Lynch (no surprise there), hung his son from the window of his house after finding out the son had committed a murder.  I don't think this is the original window or even the original site or even if the story is true or not, but an interesting factoid nonetheless.

Cheerio Galway, see you in September. 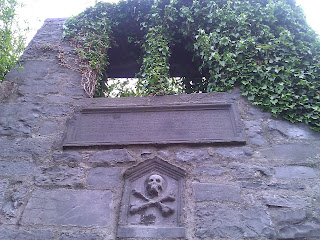 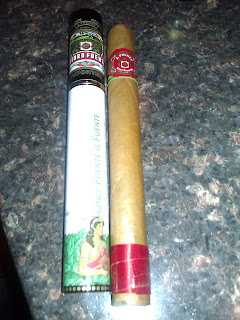 Posted by asdfasdfasdf at 11:39