Don't tell Me I'm still on that fecking island!

We had enough of Connamara and decided a trip south was the way to go.  So with only one destination in mind, we set off to find the most famous house in all of Ireland.

I don't know why but I expected to find the place swarming with people and road signs for miles around pointing the way, but not one sign did we see and only one man, and he was lost.

We eventually found what we were looking for, pretty much in the middle of nowhere but what a beautiful site to behold.  We took a few happy snaps and minutes later we were gone, only to be stopped a few hundred yards down the road by a motorist.  We pulled up alongside and he asked us for directions to Ballymilkymoo, which was really just a pretext.  After telling him to follow the road until it ends, then take either a left or a right, not sure which, he dropped the question that he really stopped to ask...So eh, is the house where they did the filming..? Yes yes, just down down the road there, you can't miss it.  Bye we said as we waved the happy camper on his way.

On the way back, overjoyed with what we had just witnessed with our bare eyes, we dropped into in see the Autograph Tree in Coole Park, Gort.

The autograph tree is a huge copper beach that has been signed by some of the most important literati of 19th and 20th century Ireland.  I've included some pictures below, one of which shows who signed it and where.

The cigar of the day is an unknown.  It was one of the cigars the wife picked up in Dublin but I don't know what it is, so answers on a postcard please.

Now for those of you looking at the picture of the house and are thinking "huh?", see the following link...  Fr. Ted.

Fr. Ted is a sitcom about three priests living on a remote island off the west of Ireland.  It ran from 1995 to 1998 and is loved by millions around the world, particularly in Ireland and the UK.  In my opinion, it's one of the funniest comedy programs ever created and in case you didn't notice, most of my blogs about the trip to Ireland have contained Fr. Ted references.

...and for those of you looking at the picture of the man with the beard and are thinking "huh?" well that's a rare photograph of me. 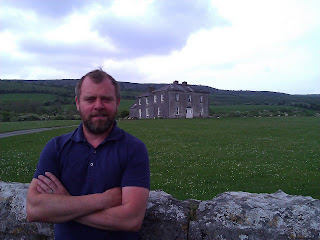 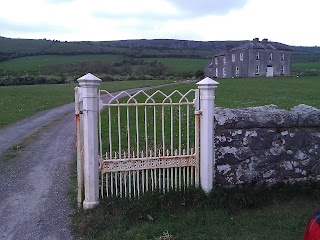 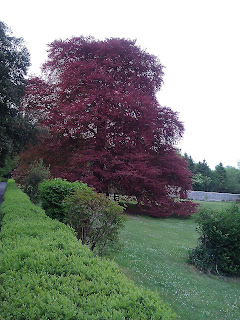 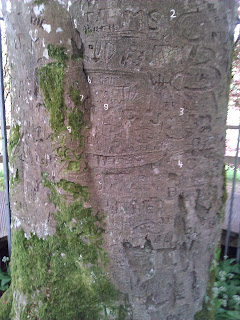 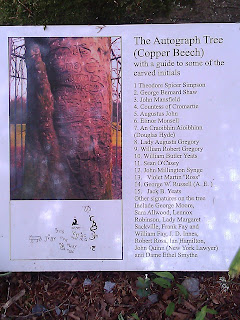 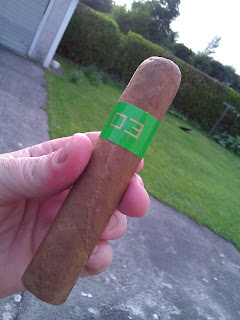