Yesterday, Dan the man, Gearoid and Sean dressed up as Robin Hood, Maid Marian and Little John and went shooting arrows somewhere in deepest darkest Surrey.  Nobody was hurt, apart from Dan the man.  While playing Robin, he was shot in the leg from behind by Marian.  Little John was looking for his ipad at the time.

The Three Amigos had spent the previous day visiting Stonehenge, where they managed to pick up a couple Cuban cigars, or at least that's what the shopkeeper said.  No bands or labeling of any kind, and keeping with form, dry as a bone.


All we know is one has a Maduro wrapper and the other one doesn't.  Thanks again though for the effort boys.

Snap, Crackle and Pop are now making their way to the airport.  Fingers crossed they make their flight this time. 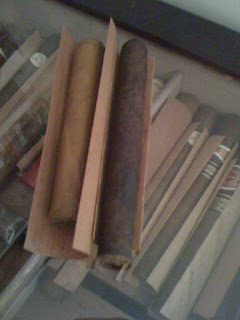 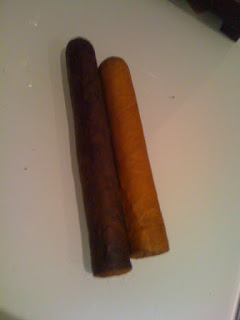