Things have been pretty bleak recently.  The sun has been as useful as a the proverbial chocolate teapot.  Lovely weather for ducks and plants.  If you spent 50 quid on an umbrella, you might have felt you were getting value for money.  The weather has been awful.

I, along with everybody else no doubt, was hoping and praying that the weekend would bring a break in the clouds, a ray of sunshine perhaps or at least something less than gale force 10.

I was up early Saturday morning for a golf appointment with Rob.  The last time I played golf was with my Dad so I was looking forward to getting out again and expecting big things.  What these big things were, I'm not sure.

6:30am.  The sky is black and the rain hammering down as I leave the house.

7:00am.  The sky softens and I've left the rain clouds behind.  Things are on the up.

7:30am.  We tee off and the sun is making sporadic appearances from behind the thick fluffy clouds.

That was pretty much it for the next 3 hours but the sun was out more often then not.  At least the weather was improving.  My golf on the the hand was not and Rob won the day.  To be fair, my mind wasn't really on it as I kept thinking back to the last time out with my Dad.

Anyway, I promised myself some nice cigars during the weekend, if I got the chance, and I had one particular cigar in mind.  I got it out, I gave it a sniff, then put it back.  I changed my mind.

The week after next is the fish market \ graveyard day out, so I decided on keeping it until then.  In it's place, I selected a Oliva Serie G Churchill.  I've had one before, this being the second one and it was good but not great.  A nice way to start the afternoon but it wasn't long before cigar number 2 was on the go.  This time, I went for one of the Partagas Serie P No. 2's picked up at Luxembourg airport.

The cigar came out with a touch of mould over the pyramid end.  I took this to be a good sign of things to come and I was right.  I had two of these a few weeks back, and in that short time, the difference was noticeable.  This cigar was miles better than the last two, much fuller and much more enjoyable, so I'm glad I've two more in the humidor.

The last cigar of the day was monster, a Puros Indios Corona Gorda.  A huge 66 ring gauge that didn't need to be cut.  Either it was pre-cut or was rolled that way, I dunno, but this was a big fat stick like I've never had before.  Very light pre draw and it lit easily and continued with a good burn to the finish.  Not much to speak of in flavour.  Mostly show this one but not a bad cigar.

All smoked out, I called it a day.

Sunday started off sunny and stayed that way.  We were treated to the best day of July and to celebrate, I went for a special cigar, one that I last shared with the two amigos in Luxembourg.

As I was hanging out with my other two amigos, I thought I'd break one free of the menage a trois and share a bottle of vino with the wife.  This cigar is perfect.  I won't go on about it but I'll just say that this cigar should be enjoyed by everybody at least once in their life, and as many times as possible by cigar smokers.

I promised an update on Donnacha, who is now starting to speak.  He's developed an obsession with cars and spends most of his time talking about them, pointing at them, and generally getting all excited when he sees a new car, or one he saw moments ago but forgot about.

We put away the his play pen this weekend.  I suppose that's another milestone but it wasn't getting much use so it was time to put it away.  We replaced it with a pop up tent.  Somewhere for him to hide and to store his growing collection of cars I suppose.  The fact that I'm unable to get it back to it's pre-pop-up state has nothing to do with it.  He likes it so it's staying.

That about wraps up the weekend.  I probably over indulged a little bit but that's what it's all about.  Enjoy it while you can. 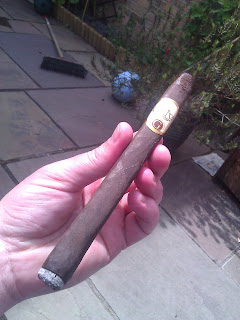 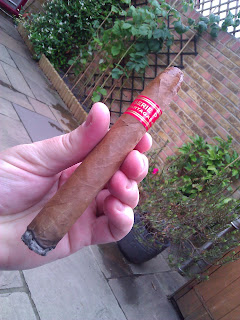 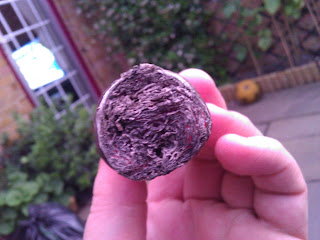 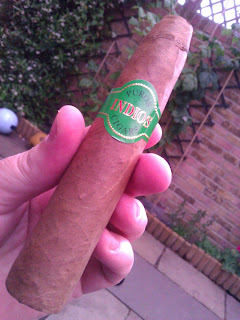 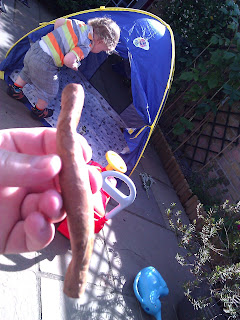