The Culebra - The little snake

At least that's what Rolo told us "Culebra" means.  When asked if that's what he calls his eh..(Rolo Jr)..he replied "no, I call that the Anaconda".

Well done Kaz, you picked a winner there.

Anyway, I mentioned in my last blog that I picked up 3 boxes of Culebra in Luxembourg, right after enjoying one for the very first time with the two amigos.  I should have had 6 boxes home with me but a mix up in communication between myself and the guy selling them, resulted in me making off with the lesser of the two numbers.  In retrospect, 6 boxes is a bit piggy so I'm happy with what I have.

It was Rolo' idea to have one in Luxembourg so good man Rolo for an the best suggestion I've heard in a long time.  A much better suggestion then, "Lets get bikes!"

I've fallen in love with the look of this cigar and before last weekend, I'd only ever seen the Culebra in pictures and never really given them too much thought.  They don't appear to be available on the UK market or at least they used to be but not any more.

So if anybody wants one, Luxembourg have loads.

I'm not sure when I'll have one again.  When I do have one, it's sure to bring back memories of Luxembourg, of a time before Johnny broke his bones on the cobbles.  I'm not sure I want my next Culebra to be up against those happier times, but apart from that, it's really something to be enjoyed with friends, preferable two of them, which I don't have.  Not in this country anyway who are cigar smokers.

I might have to hang on to one or two of the Culebra boxes for when John and Gill visits London.  Who knows, maybe Rolo and Kaz might join them.  Cough *Couch*.


I've poached the following from the Cigar Smokers website... They also have a video of Berta Corzo making one!

The Culebra, traditionally three Panetelas twisted together whilst the tobacco is still moist, has many differing theories regarding its origins, however the one that we like best is said to have originated from an attempt to solve the problem of missing stock, it was decided that all the Torcedors should be given a quota of tobacco to smoke for themselves. To differentiate from the stock they were rolling, the twisted shape was introduced and given exclusively to factory workers. The 'Culebra' term originates from the Spanish for 'Snake'.


When the factories became a popular tourist destination, more and more requests were heard for the type of cigar that had been seen being smoked by the Torcedors on the Galera. This resulted in the Culebra being launched to the public by the Partagas brand. 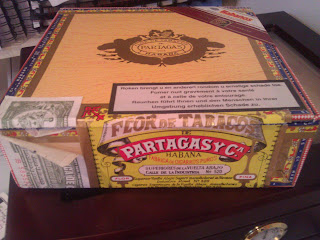 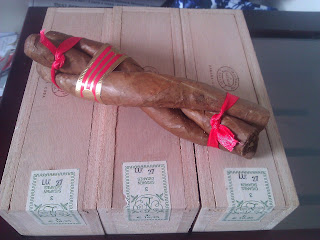 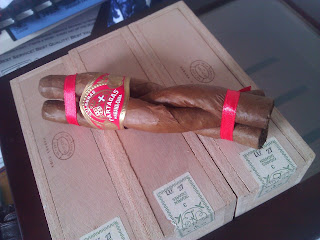 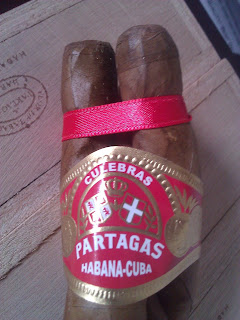