At least according to my Magnolias.

I like Saturdays and today was a pretty good Saturday.  Years ago, Saturday was a day spent at the Grandmothers house watching the 6 channel telly.  Big Daddy and Giant Haystacks were wrestling other hairy fat men, horse racing galore, Dickie Davies, Corned beef (salt beef to Englishmen) cabbage and potatoes for dinner, and Clarke's the bakers cakes washed down with supercans of coke.  Great times.

This Saturday began at 5:30am.  A brush of the teeth and a coffee later, I was motoring my way to Essex to pick up Rob for a 7:30 rendezvous with big boy Jim.  A game of golf was a foot.

I must tell you of some stunning views on the way out.  The sun was coming up over the 2012 Olympic site and if I had my phone at the ready, I would have had a great photo to show...but I didn't and I don't and I was doing 60 in a 40mph zone.  I'll have the camera ready next time.

Later that day (today), United came back from 2-0 down at half time to beat the Hammers 2-4 so that was nice.

It wasn't all play today mind.  The garden needed attention, as did the wife and son.  Once the garden and wife were sorted, the son came out to play and had a great time. Earlier though, while the boy was sleeping, I did a bit of cigar research.  You see, we have a big weekend planned for June, when we hit Rock-a-field, which is in Luxembourg for 1 day only.  The task I assigned myself to complete over the next few months, is to pick out cigars worthy of Raul the wise and The Big Johnny D.  Two great afficionados.

First up will remain nameless, as this is a big contender for the honour.  Next up was the Cain Maduro 654T which was crap.  A heavy cigar, tasteless, tight, veiny and spotty.  It looked good enough at first but was hard to cut like rubber.  Smoked like it was made of rubber too. The band was on the toe so that had to be removed before lighting, which I think is a mistake as the band nearly unraveled the wrapper.  Disappointing cigar.

Later tonight, it's the turn of the Rocky Patel Robusto Vintage 1990.  Not sure what to expect with this one but I'll let you know once it's gone.

Change of plan...  it's gone...When I wasn't looking just now, i.e. blogging, the boy managed to get his hands on the Rocky Patel and do serious damage, so that review will have to wait.  I suppose something else will have to do...gone for a Ramon Allones Specially Selected. Oh well. 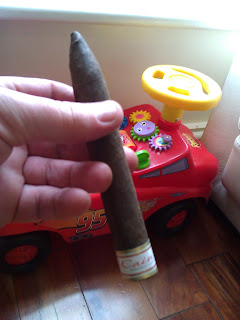 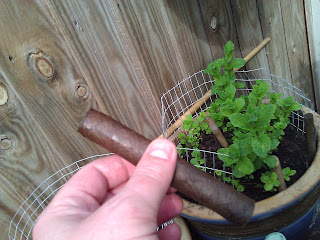 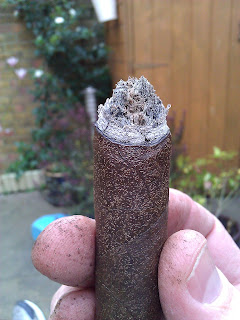 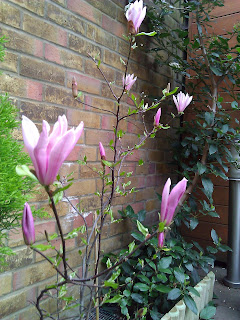 Flowers
Posted by asdfasdfasdf at 13:08