Did I mention this was a trilogy?

Well, it is, but with no theme or connecting storyline.  Apart from Ireland that is, and cigars obviously.

While we were in Galway, the weather was dictating play, so we couldn't do much outdoorsy stuff and had to settle for indoorsy stuff instead.

The inside jobs we went for were a trip to the Pictures, as we used to call it, and a visit to the aquarium. Atlantaquaria in fact, as seen in the recent block buster movie "The Guard", starring Brendan Gleeson and Don Cheadle.

I'll start of with the movie.  It's good.  It's not brilliant but I spoke to a guy in work, who happens to be English and he said it was brilliant, so what do I know.

Galway is on display throughout the movie, with Salthill, Spiddal and Barna (got married there) getting some great exposure.

The aquarium gets a good showing too and that's where we chose to bring the boy to see the fishes.

Atlantaquaria is situated in Salthill and is certainly one of the best I've been to.  Not the biggest by far but you can actually touch the fish here, yes, you can touch, if you like, the rays as they swim past.  There's very little stopping you from grabbing one and frying it up for lunch, but I'd imagine they might frown upon that sort of thing.  It certainly didn't cross my mind at the time for a good 10 minutes.

They've also claim to have "the only White Skate on public display in the world".  In case you were wondering, the skates name is Valentine


Now back to the cigars.

I'm showing what's left of the Dublin haul and the lovely Ramon Allones box presented to me by John.  The haul included 2 big Partagas smokables, a gorgeous looking Macanudo Maduro, the Mexicans (1 pictured), a specially made un-banded beauty that might not last past next weekend, and a couple of other tasty looking things.  The box speaks for itself.

We won't be back in Ireland until Christmas but for the 1st time in 10 years, we'll be in Ireland for New years, so that deserves a very special cigar in itself.  I already know what its going to be. 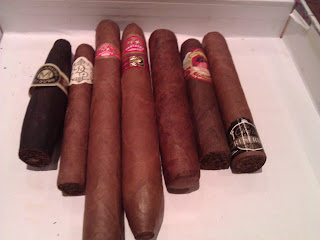 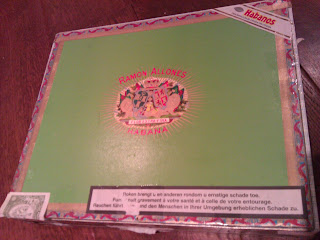 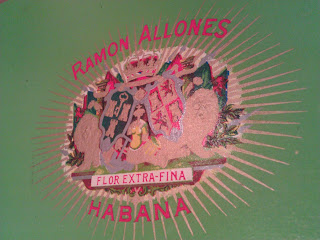