Last of the summer cigars

Summer made a triumphant return the other week.  The temperatures hit 30 degrees during the day and the humidity hit 91% during the night.  Great cigar smoking weather.

I'll have a Partagas Serie E No.2 with me, which the wife got for me a few weeks back.  This is a new cigar to the UK market, just out in fact, so I'm looking forward to that.

It was actually a surprise from Caitriona, along with a Cohiba Robusto.  A nice surprise and an excellent choice.

Also arriving at Casa di mio the other week were my Sister, her husband Howie and their three lovely kids.  We had a great weekend with the kids, squeezing in London zoo and some 10 pin bowling, but the highlight of the weekend, for me anyway, was the victory over Howie in the Sunday morning golf extravaganza.

Howie played magnificently.  Playing off 18, on a new course, using Jim's golf clubs (once described as "women's clubs" by the Father in law), he still managed a huge score of 43 points.

I'm not one to brag but that was the highest score I've every hit, and the most birdies in a round, so I enjoyed that one.

I lasted another 10 minutes.

Some other cigars I got to enjoy lately were a Macanudo Maduro, a Cuesta Rey Centenario and the Cohiba Robusto that the wife got me, all pictured below.  I'm not sure if I mentioned the Macanudo or Cuesta previously but just in case I didn't, I'll quickly cover them off.

The Macanudo was excellent.  A great looking cigar with a lovely smell that the wife liked, so I'll have to get some more of these, seeing as they smell nice.  The Cuesta was OK.  Nothing special but a nice evening smoke and I did enjoy it.  The Cohiba however, was a bit of a disappointment.  I probably should have left this one sit for a while because it didn't burn well.  A great cigar but I expected better.  Too many corrections to the burn.  Shame but this sometimes happens.


Next time I'll be talking about some new arrivals from Hong Kong, and my mother is coming to visit.  So it should be action packed. 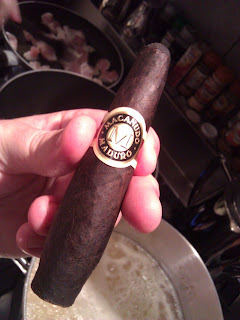 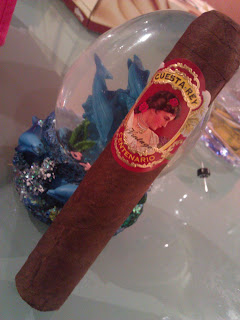 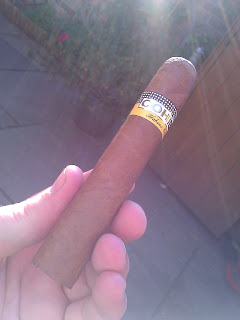